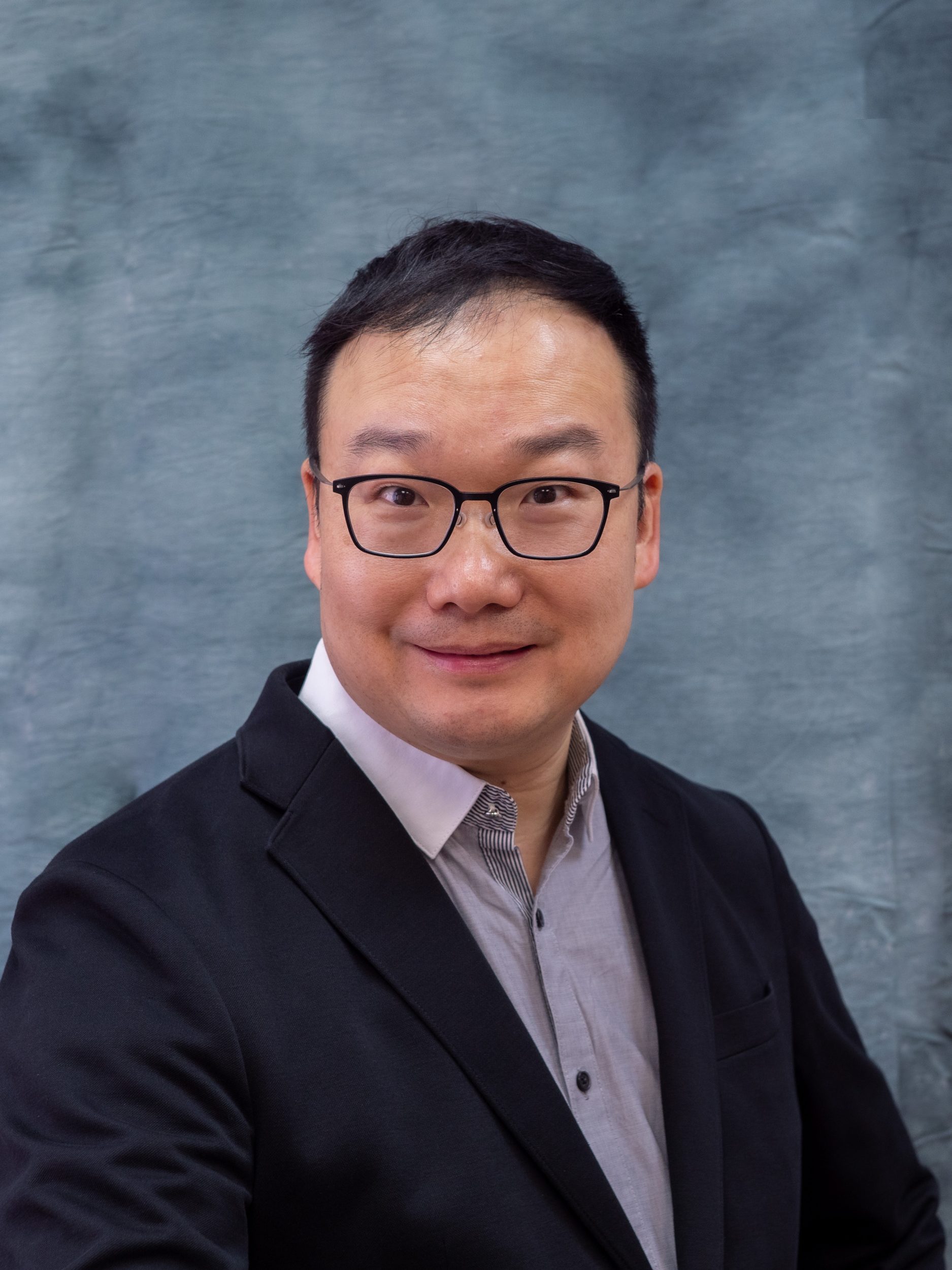 Tsoi obtained his Bachelor of Music and Master of Music in Performance with distinction from the Oklahoma University. He studied violin and viola with many great teachers such as Joseph Fuchs, Michael Ma, Fan Ting, Wayne Crouse and studied conductorship under Adam F. Brennan.

Tsoi was the Winner of the Concerto Competition in the Oklahoma University in 1994. He founded the Caloroso String Quartet in the same year and won the Sutton Chamber Music Award. He was awarded Outstanding Musicianship and Performance by the Channing Classics Musical Society in USA a year later.

Tsoi was the first Asian invited by the Black Incorporation (funded by the Oklahoma Arts Council) in 1994 to present The Asian Arts Experience. In the same year, he was appointed as Conductor of the Debut String Orchestra of Norman.

After returning from the States, Tsoi founded the Hong Kong Chamber Soloist in 1996 performed in many different chamber music recitals. The HKCS was also invited by Radio 4 to present a series of chamber music educational concerts.

As a conductor, Tsoi once lead the HKAPA Junior Chamber Orchestra, St Paul’s Co-ed Primary School Symphony Orchestra and Maryknoll Convent School (Primary section) String Orchestra. He was also Principal Conductor at the Metropolitan Youth Orchestra and the Conductor of the Diocesan Girls’ Junior School String Orchestra. As a violinist and violist, he had given recitals and performed with many orchestras in North America, Europe and Asia. As a music educator, Tsoi was invited to be the Adjudicator of the 2009-2010 Lion Clubs International Global Youth Music Violin Competition. He was awarded the Honor-Teacher of the 2013 Hong Kong International Violin Competition, China Division.

Tsoi is currently the Principle Conductor of the True Colors Symphony. He teaches at the Hong Kong Academy for Performing Arts and the Hong Kong Baptist University. 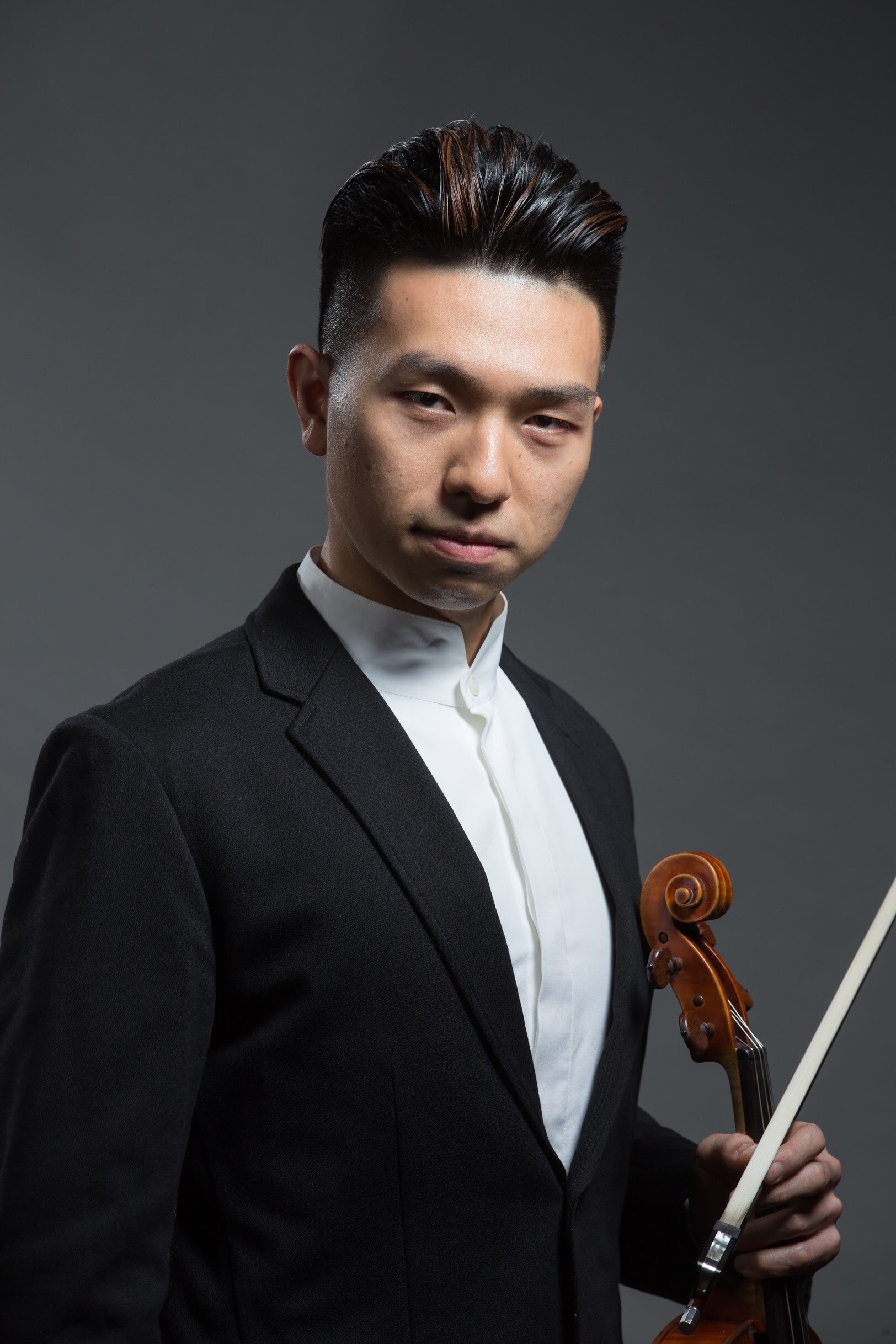 Born in Hong Kong, Chris Choi Shu-lun began studying violin at the age of six and viola at 17 under the tutelage of Wang Jiayang and Ivan Chan at the Hong Kong Academy for Performing Arts, where he completed his Master of Music Degree with full scholarships.

First Prize winner of the Alice and Eleonore Schoenfeld 1st International String Competition (Chamber Music Division). Chris has performed extensively across Asia and Europe in venues such as the Royal Academy of Music, the West Dean College, the Wells Cathedral, the Central Conservatory of Music, the Shantou University, the Harvard Club of Hong Kong and the Hong Kong City Hall; and in music festivals such as the Pacific Music Festival (Japan), the Chilingirian’s Chamber Music Festival (U.K.), Musicus Fest (Hong Kong) and Hong Kong International Chamber Music Festival. He also participated in the New York String Orchestra Seminar at the Carnegie Hall in New York, as well as toured with the Asian Youth Orchestra as Assistant Principal Viola. Other performances included Walton’s Viola Concerto and Forsyth’s Viola Concerto with the Academy Symphony Orchestra, as well as solo performances at the ABRSM Prize Ceremony Presentation 2014, 2015 and 2016.

Jacky Leung is one of the most active young classical and pop Hong Kong-born saxophonists. In 2016, he completed his master degree as the first student in the Hong Kong Academy for Performing Arts under a full scholarship from The Hong Kong Jockey Club Music and Dance Fund (Local Studies). Jacky had given various performances and masterclass in many institutes and events. In 2017, he has served as jury member of the Elbe Valley International Music Festival. Apart from this, in 2017 & 2018, he also conducted talk, masterclass & recital in Qingdao Grand Theatre, Mahidol University, Shantou University & Kuala Lumpur Performing Art Centre. In October, 2018, Jacky won the 2nd Runner up of Open Session, Solo Wind Instrument, 19th Osaka International Music Competition. In Jan & March, 2019, Jacky was being invited to perform & conduct masterclass in the Beijing International Saxophone week & China Annual Saxophone Congress and the North American Saxophone Alliance (NASA) Region 3 Conference in the University of Minnesota. In the coming September, Jacky will also have a duo recital with Dr. Kenneth Tse in the 2nd Asian Saxophone Congress in Shanghai. Jacky is also active in conducting composition or arrangement work. He has written and composed many different varieties of pieces for school, organisation or commercial parties, which got high acclaims. He also premiere his composition, “Locus II” & “Fate” in the NASA Regional 3 Conference in USA in 2019. Jacky is currently the Vice Chairman of the Hong Kong International Single Reed Association, Music Director of the Music Children Foundation and freelance saxophonist of the Hong Kong Philharmonic Orchestra and the Hong Kong Sinfonietta. 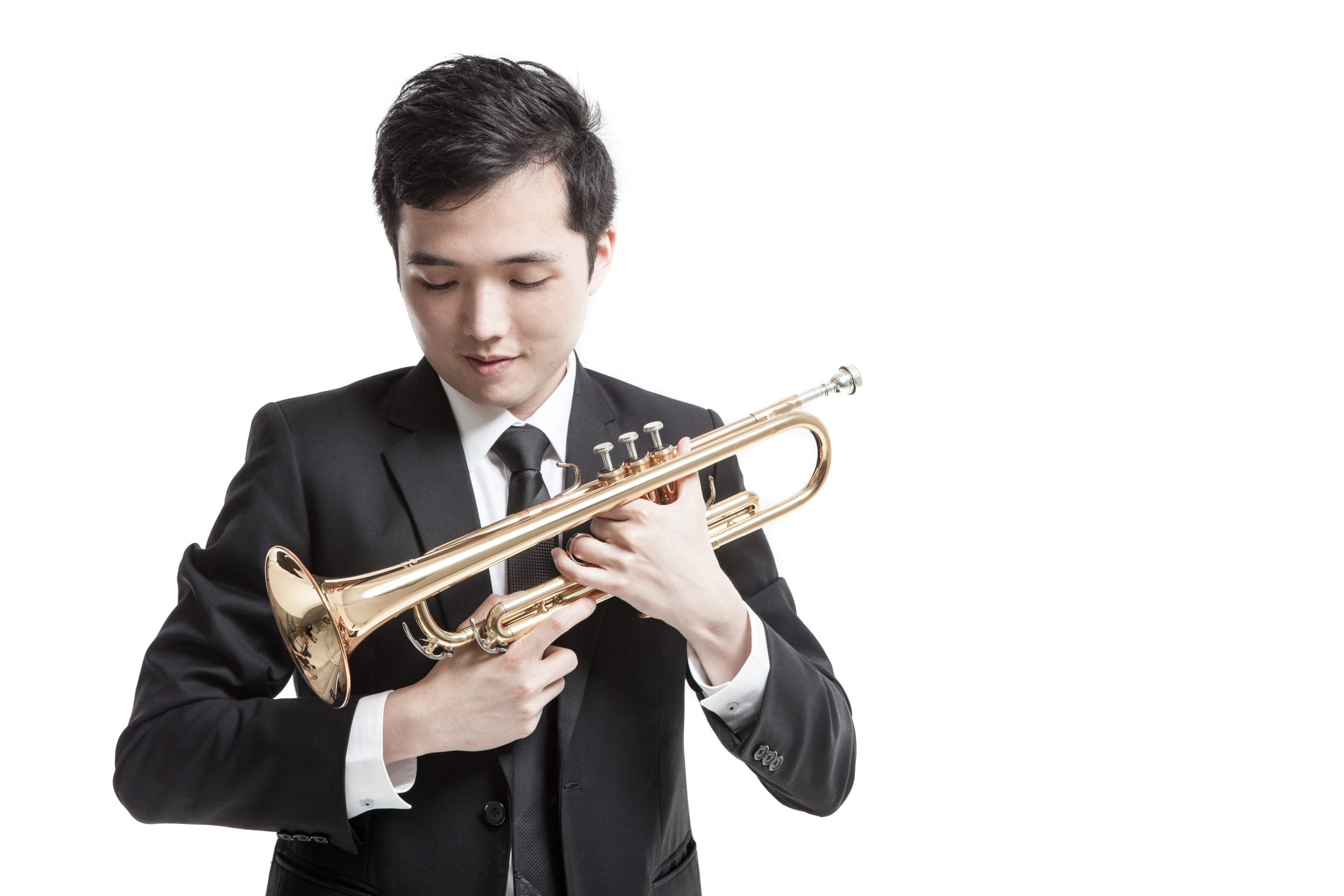 Ma Man Ki is a conductor, a composer and a trumpet tutor.

He graduated from Hong Kong Baptist University with a Bachelor Degree of Arts in Music, with first class honor. In 2018, Man Ki participated in the Art of Band Conducting and Rehearsing workshop in University of Texas (Austin), where he received master classes from Jerry Junkin, Robert Reynolds and Richard Floyd.

In his alma mater, Man Ki serves as the Wind Director and conductor of St. Stephen’s College Symphonic Band. The college band gained several prizes in competitions, including the second-runner-up of intermediate concert band class in the 70th Hong Kong Schools Music Festival; the Gold Award in senior division of Winter Band Festival for three consecutive years in 2016-2018; the Gold Award in Community division of The Hong Kong International Band Fair 2018. Man Ki led the college band to perform in different occasions including the 28th Australian International Music Festival in summer 2017. Man Ki also serves as the conductor of St. Stephen’s College Orchestra, Good Hope Primary School Intermediate Band, Kowloon Tong School (Primary Section) Junior Band. The two bands both won the Gold Prize in the Joint School Music Association Competition 2019. On top of his passion in music education, Man Ki conducts the Concert Band of Music Children Foundation, where he can reach out for the underprivileged young ones and their families through music making.

In 2014, Man Ki’s arrangement of Dance of the Yao Tribe for chamber orchestra was performed by Collegium Musicum Hong Kong in Carnegie Hall, New York and later in Musikverenin, Vienna. His composition for Suona and Chinese Orchestra Another Way entered the final three of Nanyang Award in the Singapore International Competition for Chinese Orchestra Composition 2015. In the same year, Man Ki was invited to arrange Chet Lam’s Riddles of the Road for guitar and Chinese Ensemble to be performed in the concert “Chet Lam & HKCO”. In 2019, Man Ki’s piece written for brass quintet Aspirations in Darkness, was included in the program in the Chamber Music Series of The Hong Kong Philharmonic Orchestra.

Man Ki actively performs as a trumpeter, in Hong Kong, as well as the USA, Japan, Thailand, Taiwan etc. In 2014, Man Ki performed as a suona soloist with Collegium Musicum Hong Kong in New York Carnegie Hall. He is a founding member of Octobuzz trumpet ensemble. The group was established in 2016, they presented concerts in diverse styles, and had collaborated with Eric Aubier in 2018. Man Ki was also a member of Hong Kong Wind Philharmonia and Global Symphony Orchestra. In 2019, Man Ki took part in Hong Kong Repertory Theatre’s production of Broadway musical La Cage, as the only trumpeter of the musical’s live band.

Man Ki gives trumpet lessons in schools and privately. Under his guidance, many of his students gained distinctions in ABRSM exams and prizes in Hong Kong Schools Music Festival. 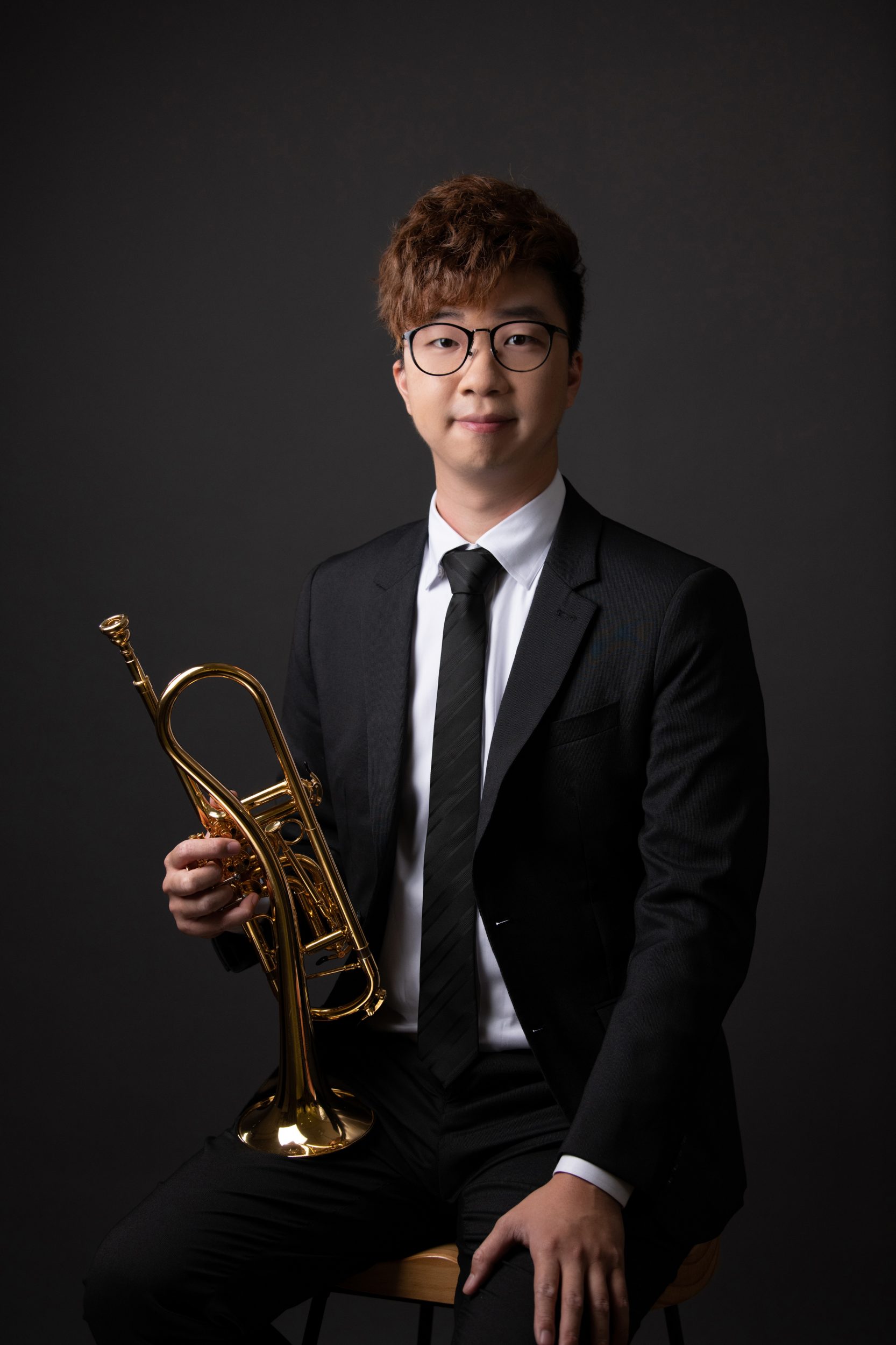 Ocean Yue is an active trumpeter and band conductor in Hong Kong. He graduated from the Hong Kong Baptist University, with the Bachelor of Arts (Honours) in Music in 2015. With keen interest in playing trumpet, Yue has obtained LTCL Recital (Trumpet) Diploma in 2015. Besides, to enrich his musical knowledge, Yue is also certified with Grade 8 for French Horn, Trombone and Percussion etc.

As a trumpeter, Yue has proactively engaged in various ensembles and bands since he was a student.  He played as the principal trumpet of Hong Kong Baptist University Symphony Orchestra and Hong Kong Baptist University Collegium Musicum from 2013 to 2015. In addition, Yue has been part of some leading ensembles in Hong Kong for years, namely the Hong Kong Wind Philharmonia and the Hong Kong Chamber Wind Philharmonia. Yue has enjoyed performing  in both Hong Kong and overseas. Specifically, he toured with the Gustav Mahler Orchestra to Korea to join the Busan Maru International Music Festival in 2017.

Apart from being a performer, Yue also serves as a brass tutor and conductor in different schools and organizations. Being passionate in music teaching, he is now coaching in the Harrow International School Hong Kong, ISF Academy and St Paul’s College Primary School etc. On top of these, Yue is also the conductor of Salvation Army Wan Chai Corps Band. Through continuous encouragement, Yue is widely recognized by parents to be a patient and skillful teacher. 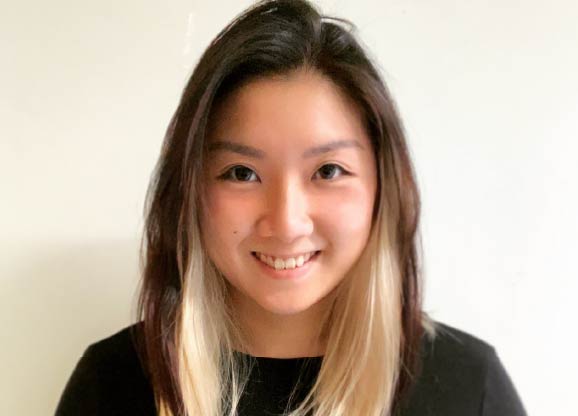 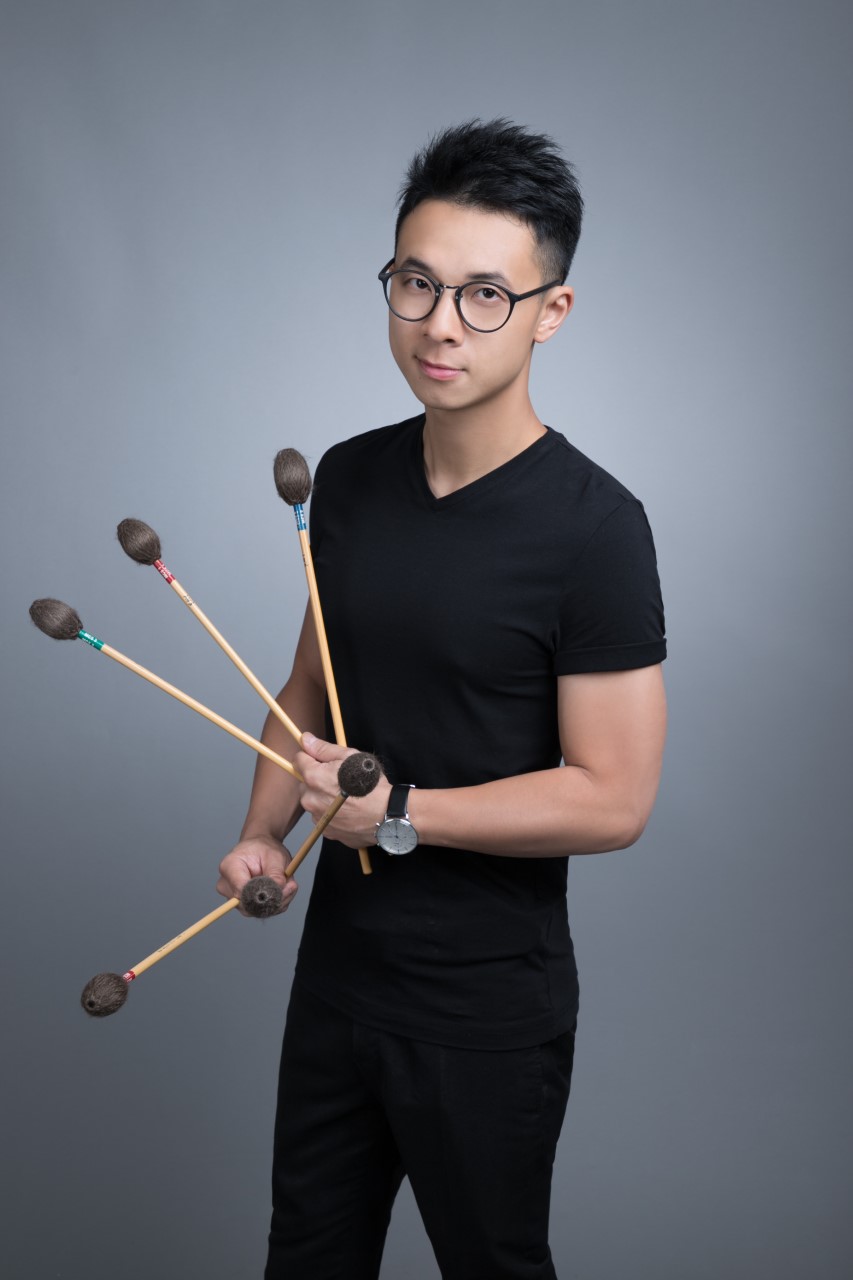 Winner in Percussion at the Macao Young Musicians Competition in 2004, Raymond holds a Bachelor of Music (Honours) degree and a Master degree in Music with distinction at the Hong Kong Academy for Performing Arts (HKAPA). He studied percussion under Alan Cumberland, Woo Shuk-fai, Aziz D. Barnard Luce, Shuan Tilburg and Harmen Cnossen. Since 2013, he has been the principal percussionist of the City Chamber Orchestra of Hong Kong.

In 2010, Raymond formed a percussion duo “R/E‧MIX” with Emily Cheng. The duo has performed in Hong Kong and Macau playing recitals and as soloists with orchestras

with high critical acclaim. He has participated in numerous music festivals around the world, such as the Asian Youth Orchestra (2007 and 2008), Nancy Zeltsman Marimba Festival in Wisconsin, Brevard Music Festival in North Carolina. Raymond is also a devoted performer of contemporary music and often collaborates with different composers in preparation for their new works. He has been invited by the University of Hong Kong to participate in a multimedia concert, presenting a duo with the internationally renowned violinist Yao Jue with high acclaim. As an orchestral musician, he has been regularly invited performing with The Macao Orchestra, the Hong Kong Philharmonic Orchestra, the Hong Kong Sinfonietta and the North Carolina Orchestra in the USA. In March 2015 he undertook a European tour with Hong Kong Philharmonic Orchestra under the baton of Jaap Van Zweden. He was selected as an “Bravo Macao!” Artist at the 32rd Macao International Music Festival in 2018.

Raymond serves a teaching faculty member at the HKAPA and St. Paul’s Co- educational College, a committee member of the Philharmonia APA, and supervisor of the Macao Percussion Association. He is one of the judges of the Hong Kong Joint School Music Competition in 2018 and 2019.